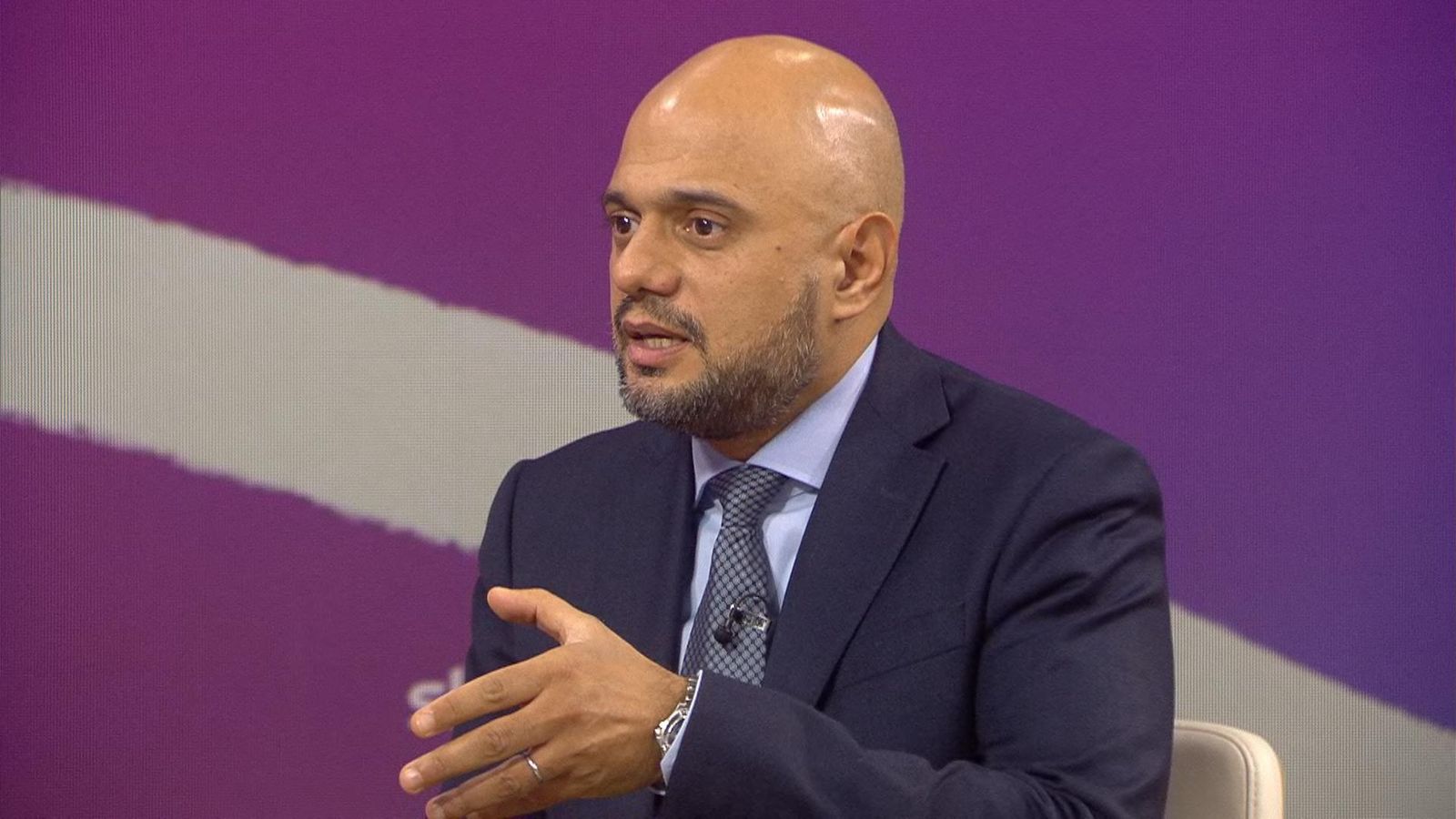 Former health secretary Sajid Javid has warned that the NHS “won’t survive many more years” without “fundamental reforms”, urging the country to have an “honest debate” about the service.

In his only broadcast interview since announcing he would stand down at the next general election, the MP told the Beth Rigby Interviews programme that tackling the NHS was his unfinished business in politics.

And he admitted the Conservatives faced a “tough” battle to stay in power at the general election, adding: “The odds are stacked against us.”

Mr Javid ran the Department of Health between June 2021 and July 2022, having replaced Matt Hancock after his resignation for breaking COVID guidance.

But he quit himself over the summer, having lost confidence in the then-prime minister Boris Johnson – leading to a wave of resignations that ultimately resulted in the leader’s downfall.

Speaking to Beth Rigby, Mr Javid said he would have “liked to have more time” as health secretary to look at the reforms he believes it so desperately needs.

“I don’t think the model of the NHS as it was set up some 70 years ago is sustainable for the future,” he said.

“You know that the world has changed and the NHS has not moved on with that.”

The ex-minister said “a starting point” for reform would be to look at the universal health care systems in other large European countries.

He added: “If you speak to any German you might know or French person, Italian, they have good health care systems that were also challenged by the pandemic, but they seem to all be doing better than we are.

“They are mostly funded by the taxpayer but they also have some different models.”

Mr Javid would not go as far to say he backed a particular model, like health insurance or those who can paying more for their care, but he welcomed “having that kind of discussion, because we need to have this honest debate as a country”.

“The moment a politician of any party says something that is obviously correct about the NHS and the challenges it faces, someone else will just jump down their throat and turn it into something else, you know, turn into the big negative,” he added.

“The pressures are so immense, and the pandemic has made it doubly so, that if we as a country, if we neglect this debate now, I am afraid in my opinion after the experience I’ve had I don’t think the NHS will survive many more years on what it says on paper it has to deliver unless we start making fundamental reforms.”

‘Odds are stacked against us’

In a wide-ranging interview, the former cabinet minister also reflected on how recent political turmoil had hurt the Conservatives.

He said external issues like the war in Ukraine and the pandemic would be challenging for any government to come through.

“If you look at the current polling it is obvious the odds are stacked against us,” added Mr Javid. ” I think anyone would admit that, it looks tough.”

However, despite not initially backing Rishi Sunak to replace Mr Johnson – instead getting behind Liz Truss – he said Mr Sunak offered the Tories the best chance at the ballot box.

“We’ve got a fantastic prime minister in place that really gets it, is one of the smartest people, one of the most capable I have ever come across,” said Mr Javid.

“We’ve now come out with the right result and amongst all Conservative MPs we have the best possible leader we could have right now.

“[At the next election] it will be a choice between Rishi Sunak and Keir Starmer, and I think when the country is presented with that choice, people will come to the conclusion that Rishi Sunak is the right person to take us forward.”

‘Truss wasn’t up to the job’

So why did he back Ms Truss first time round?

The former chancellor said he wanted to see tax cuts, but claimed “what she actually did and how she did it were very different” to what he expected.

“I think it was obvious right from the start really she wasn’t going to be up to the job,” he said.

“The biggest challenge was the economy and if you look back… in the run up to that mini-budget the sort of fighting that was going on behind the scenes with the Bank of England I think was completely wrong.”

Mr Javid also said it was “completely wrong” to sideline the Office for Budget Responsibility when it came to her economic plans, and to fire the permanent secretary to the Treasury as soon as she took office.

“This was the gentleman, Sir Tom Scholar, who had been serving the government for three decades,” he added.

“He was my permanent secretary, he is one of the best civil servants we have in this country, and I think just treating someone like that in that way was unacceptable.

“And that is before the mini-budget and then it just got worse and worse at that point. So I think it is something that was a very bad period for our country.”

But the MP said: “I don’t think that that period, that six-week period, is going to cost us the election.”

Asked about why he was standing down at the next election, Mr Javid told Beth Rigby “there comes a time for everyone to move on”.

But, he added: “It feels like in the last decade that politics has been on some kind of fast forward, one crises after another, one international challenge after another.

“Politicians, I think cross-party, are trying their best in that but it does take a personal toll on you as well, as me as an individual, but of course also on my family.”