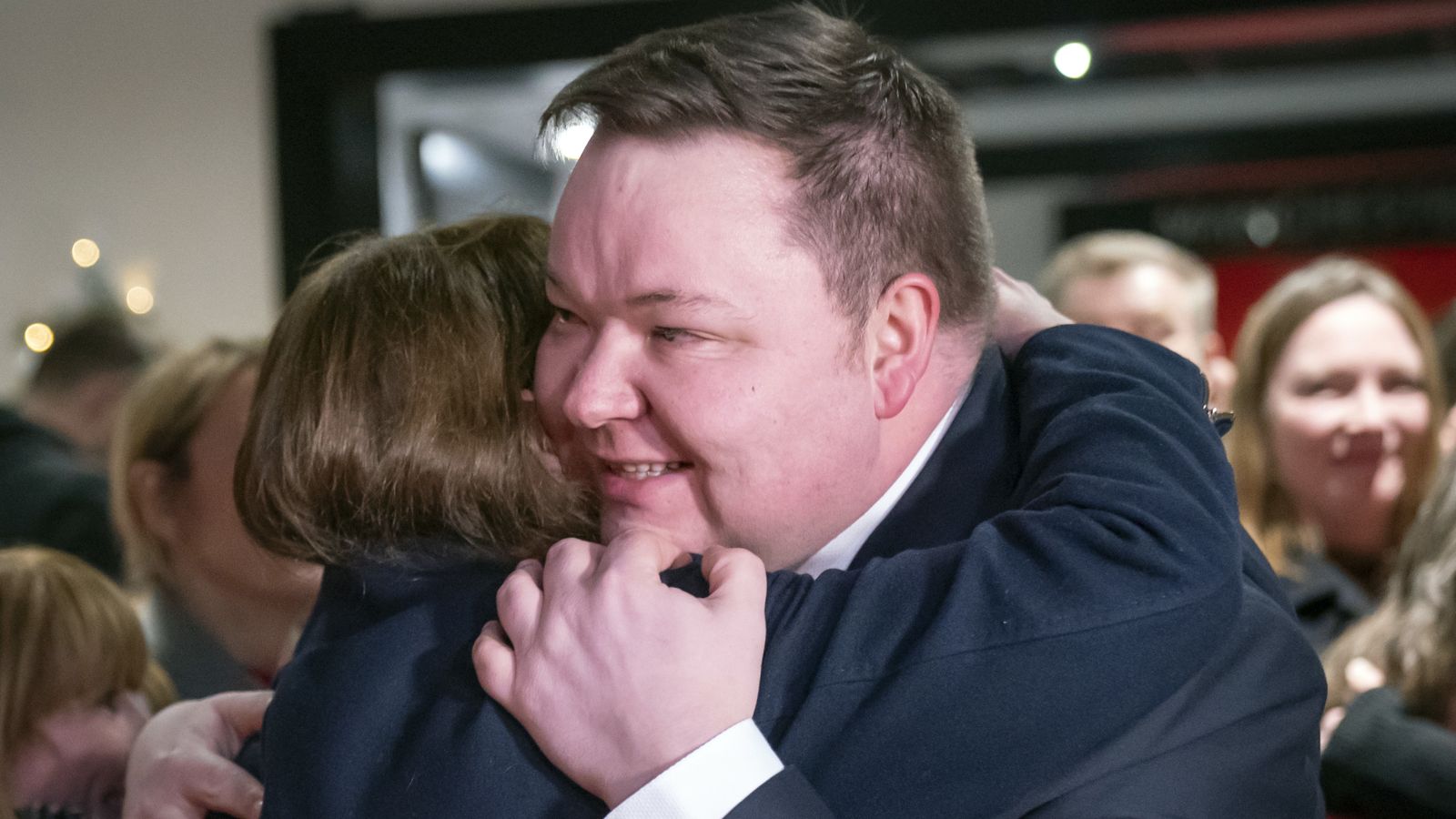 Labour has comfortably held on to its seat in Stretford and Urmston, in its second by-election victory in two weeks.

Andrew Western, who is the leader of Trafford Council, retained the Greater Manchester constituency with a majority of nearly 10,000.

Labour’s winning candidate said his victory shows 12 years of Conservative government is coming to an end.

After thanking his mother for her support, Mr Western said: “There has been a strong message sent with the result this evening.

“And the people of Stretford and Urmston do not just speak for this constituency but for millions more people up and down the land, who know that this Government has been letting us down for the past 12 years.

“Twelve failing years of Conservative government, coming to an end.”

Mr Western, continuing his victory speech, added: “The Tories have given up on governing and it is increasingly clear that the British people are giving up on them.

“Labour stands ready to deliver for our country and only Labour has a plan for working people and to create a fairer, greener, future.

“It is clear from this result tonight, and indeed the result two weeks ago in Chester, that people are ready for a Labour government, and let the message go out tonight that Labour are ready to govern. Thank you.”

Nine candidates were in the running to succeed her as the MP for the Labour stronghold.

The by-election marks Prime Minister Rishi Sunak’s second test at the ballot box and comes amid a cost-of-living crisis, soaring inflation and a growing wave of industrial action across the UK.

The last by-election, in the City of Chester two weeks ago, saw Samantha Dixon hold the seat for Labour after a contest was triggered by the resignation of Christian Matheson after complaints of serious sexual misconduct were upheld by the Commons standards body.

That was the first by-election since Boris Johnson’s dramatic exit from No 10 and the market chaos that came to define Liz Truss’s short stint in the top job.

Labour was expected to win, but the margin was bigger than in 2019 while for the Tories it represented the worst result for the Conservatives in Chester since 1832.