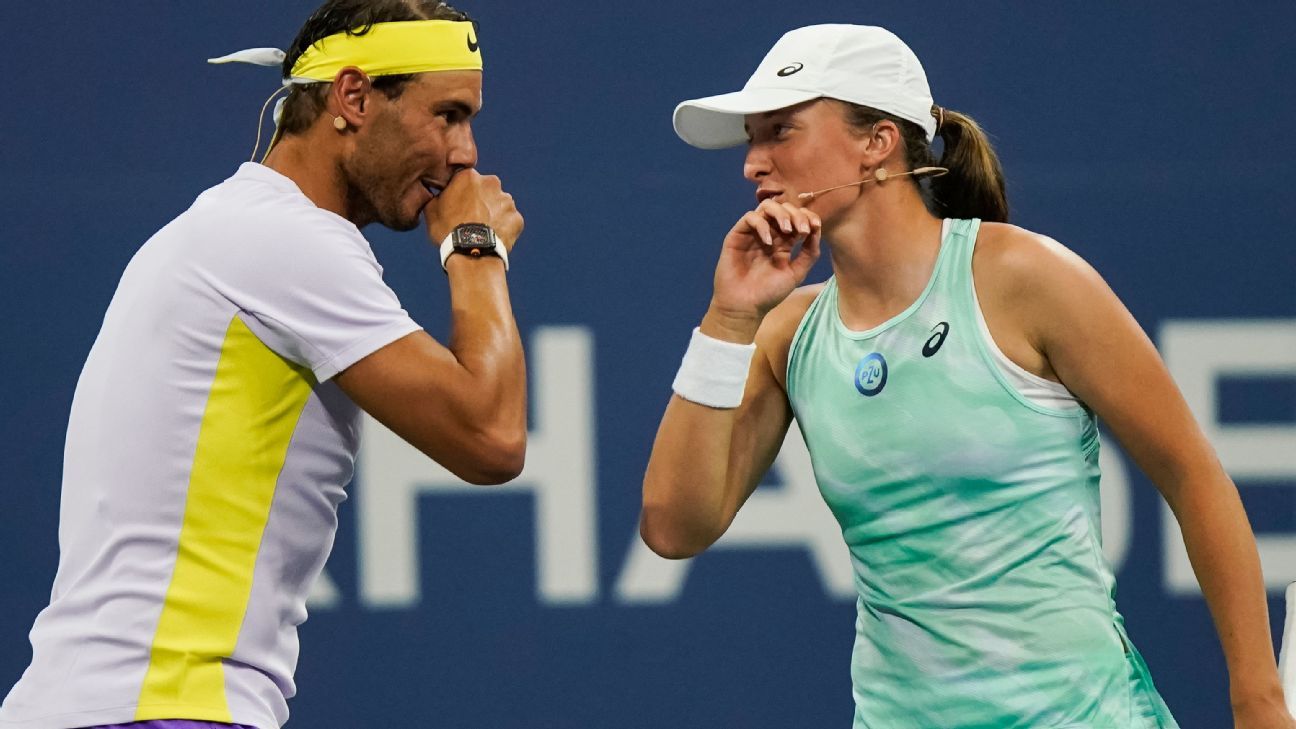 LONDON — Iga Swiatek and Rafael Nadal were honored by the International Tennis Federation as its 2022 ITF World Champions on Thursday after each claimed two Grand Slam titles this season.

The ITF determines its awards based on criteria that include all events and give special weight to the four major championships and two team events, the Billie Jean King Cup and Davis Cup.

Nadal won despite finishing No. 2 in the ATP rankings behind Carlos Alcaraz, while Swiatek topped the year-end WTA rankings.

It’s the fifth time Nadal has earned the ITF honor, following 2008, 2010, 2017 and 2019. He raised his Grand Slam title total to a men’s-record 22 by winning the Australian Open in January and the French Open in June.

This is Swiatek’s first time as ITF World Champion and it comes after she won the French Open and the US Open for her second and third career major trophies. She led the WTA with eight titles this year and put together a 37-match winning streak that was the longest unbeaten run in women’s tennis since 1997.

The ITF awards will be presented at a ceremony on July 8 at the Victoria and Albert Museum in London.

Other ITF World Champions include:

Wyshynski: Celebrating Ryan Hartman and other NHL ‘glue guys’
‘Holy crap, we got a shot’: Inside the 49ers’ season-changing Christian McCaffrey trade
Justin Bieber has just earned £162m – but there’s a pretty big catch
The deadly assault draws painful parallels for Americans who are no strangers to videos of police violence
Royal Mail owner puts cost of strikes at £200m