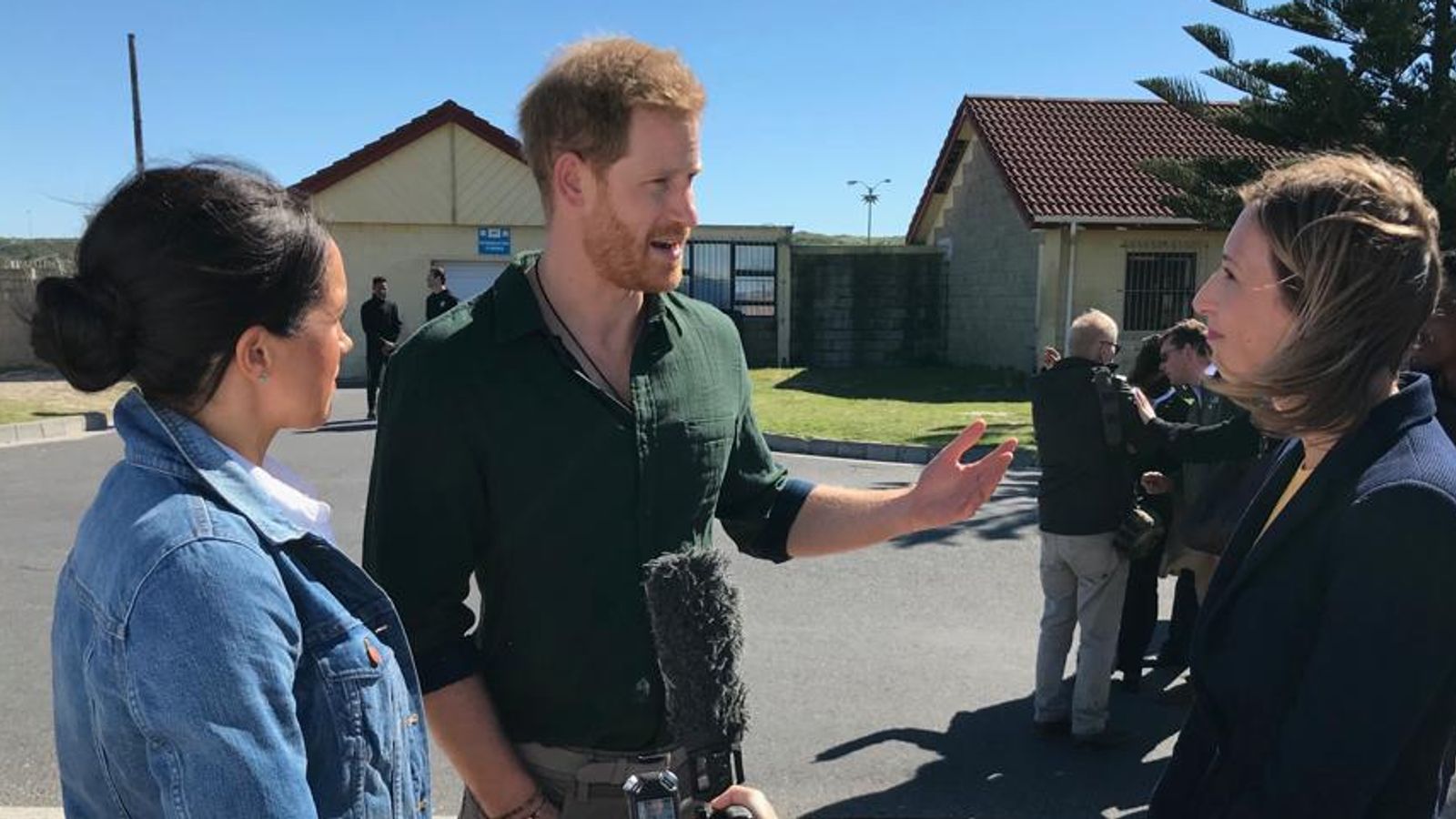 Watching felt exhausting. It divides you. No one wants to see people in pain or upset, but no one likes to feel they’re only getting a biased one-sided story.

I guess we always knew that’s what we were going to see from this series, but I’m still at a loss as to what Harry and Meghan feel they have gained from it.

Some people love them, some people dislike them, and I’m not sure it’s likely to have changed perceptions for either side.

As you settle in for another three hours, you can’t help but feel sorry for them where they talk about their mental health battles and the miscarriage.

But here you have a prince who by sharing his side of what was meant to be a fairy tale has simply fed the beast – the press that he is so desperate to slay.

He has let us in, in a way other members of his family would never consider, despite wanting to keep us out.

Because he’s a public figure, should he be forced to say silent? No, and some are celebrating his bravery to speak. But did he really need to spell out the full deterioration of his relationship with his brother and his father?

More on Duchess Of Sussex

That is what’s grabbed the headlines, simply fuelling the feeding frenzy he despises so much by letting us in on what he says really happened at that Sandringham summit in a way we haven’t seen since their chat with Oprah, and Princess Diana did her interview with Panorama.

For any of us who reported on their relationship and their departure from royal life, it was a rollercoaster of working long days and late nights.

Yes, there was an insatiable appetite to cover everything they did, but their comments about the UK press pack and the claims about the supposed collusion between the palace and journalists just don’t ring true.

Let’s start with suggestions they weren’t really being supported or backed up.

Maybe they did struggle with some parts of the institution, but I can honestly say I only ever saw a team around them who were dedicated, loyal and often stressed, fighting to do their best for Harry and Meghan.

In the run-up to the wedding, I took numerous calls where I was briefed by their team that I should make it clear the couple were being very supportive of Thomas Markle, Meghan’s estranged father.

By the end, in 2019 and 2020, their team weren’t being told or consulted about when the couple were planning to put out statements – such as on their Africa tour where they confirmed they were suing the Mail on Sunday and also hammered the rest of the press who they said had “vilified” Meghan “almost daily”.

Their announcement that they wanted to step away from royal life was another example. I had huge rows with their team if they felt I’d stepped out of line. For example, when I announced Archie had been born almost 10 minutes before the rest of the media because I’d been told on the phone and the email to everyone else was stuck in the system.

And the time I tried to ask Harry a question in Malawi, he bit my head off and his team accused me of trying to push him up against a car and suggested I was hounding him like Diana used to be chased.

I now fully understand the pressure they were under.

What about the Cambridges?

As for those representing the Cambridges, I was never fed stories, and yes, the broadcasters are part of the “royal rota,” they mention in the series.

I’m not naïve to the fact that others inside the palace or friends may have been leaking stories to the papers, but the way William’s team is characterised as using underhand tactics to feed stories to the royal press pack doesn’t tally with my experience.

And that’s partly because I can tell you when things did start to slip. It was on William and Kate’s tour of Pakistan, straight after Harry and Meghan’s tour of Africa, when the trailers started dropping for the Sussexes’ documentary in the middle of that important diplomatic tour for the Cambridges.

At that moment, it became clear the brothers had fallen out, and yes William’s team was sharing with us the sense of exasperation, while the Sussexes’ team seemed to have lost any sense of control of what Harry and Meghan were deciding to do.

For those of us who’d spend many years covering Harry’s work on Invictus – a sporting competition for wounded and sick servicemen and women or Sentebale, a charity in Lesotho helping young people with HIV – and enjoyed his easy banter that made royal jobs fun, it all felt very sad to witness how it was falling apart.

Some anger from the family?

I’ve done this job for long enough to know what feels like a seismic moment for the monarchy, this hasn’t caused the earthquake some had expected.

It will always be remembered because of the access they’ve given us into their new lives and the completely unbuttoned level of emotion with which they have shared their “truth”.

As for the Royal Family, there may be some anger, I’m told there has been sadness and weariness that they’ve done it, but rather than rushing to put out a statement I suspect a slow exasperated exhale of breath will have been the overriding noise behind palace walls.

And don’t forget in just a few weeks there is still Harry’s book to come.

Djokovic wins Australian Open a year after he was deported over COVID vaccine row
‘Too many unanswered questions’: First Tory MP publicly calls for Zahawi to go
Asteroid 2023 BU Just Passed a Few Thousand Kilometres From Earth. Here’s Why That’s Exciting
Topshop pensioners fashion £1bn funding deal with Aviva
Starmer’s ‘radical’ promises have gone as he targets power – but we still don’t really know who he is